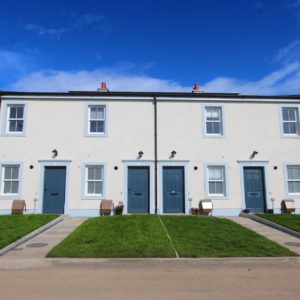 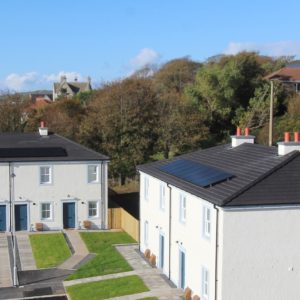 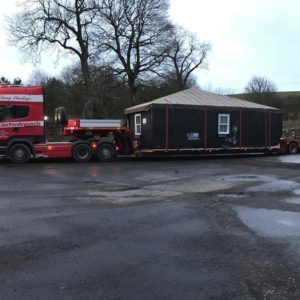 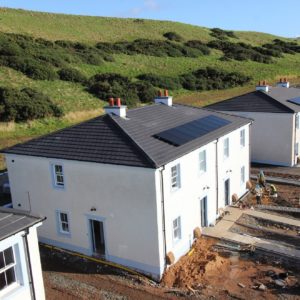 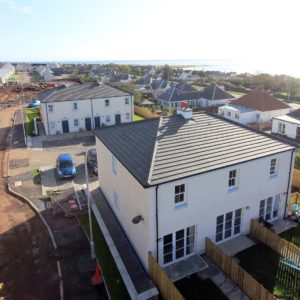 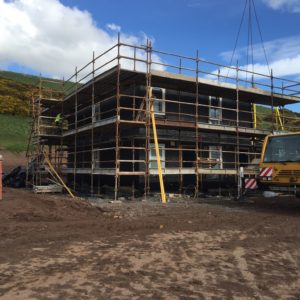 The development at Ardrossan Road, Seamill was designed and built by The Wee House Company Ltd. Homes were constructed in the company’s Ayrshire factory before being transported to site; ready-fitted with kitchens, bathrooms, plumbing and electrics.

Homes were thoughtfully designed for the efficient delivery and erection of 4 homes in a single day. Homes are made fully wind and watertight on site within this period, with only final painting left to be completed internally. The Wee House team worked quickly and effectively on site, minimising disturbance to neighbouring residents.

A block and render finish alongside slate-effect roof tiles makes these modular homes indistinguishable from their traditionally constructed counterparts in other areas of the site. Further still, the affordable housing incorporates traditional features such as painted, cast window surrounds and decorative chimneys tying in with the vernacular architecture.

The entire project takes place in less than a year. Work began in January 2019, with the first homes being occupied by tenants in July. All homes will be complete and occupied by November 2019.

Greig Wilton, Affordable Housing Co-ordinator, North Ayrshire Council said: “The Wee House Company worked well with all council departments and were always really accommodating.  Although an innovative, new type of project, it was delivered on time and on budget.“