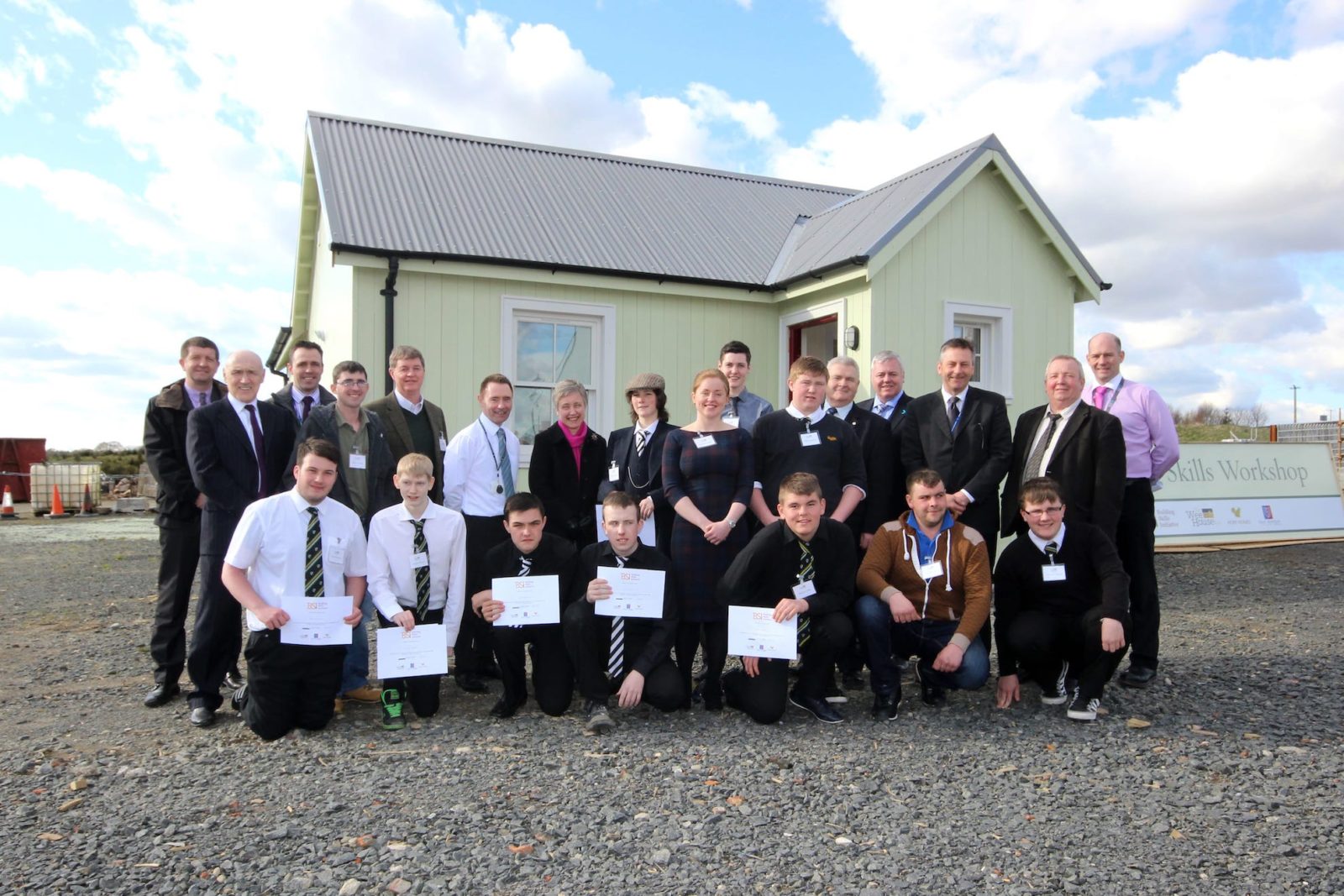 On the 26th March, a celebration was held at Knockroon for the completion of the fantastic first house built by our students on the Building Skills Initiative.

A small group of teachers and councillors gathered to congratulate the boys for all their hard work and effort that has went into the construction of the house over the past 7 months.

Tea and coffee was then followed by a speech from Jennifer Hope, who thanked and praised everyone involved with the project.

We were then treated to a tour around the newly built house and one of our students, Scott Buchanan, gave a thorough explanation of the insulation that had been installed in the walls through the use of a scale model.

The Wee House Company would to thank everyone who came along, in particular Neil Hunter and Gavin Murray at Ayrshire College for their help in ensuring that the students will now also be assessed on their joinery, electrical and brickwork to gain a Skills for Work in Construction Award.

And last, but not least, a thank you to each of the students who took part in The Building Skills Initiative for their consistent hard work. Well done guys!

Our People | Our Story

Read More
Read All News
Home > News>Building Skills Students complete their First Wee House!
© The Wee House Company 2020. All Rights Reserved
Made by See Saw
We use cookies to offer you a better browsing experience & analyze site traffic. Disable your browser cookies or read about how we use cookies in our Privacy Policy. If you continue to use this site, you consent to our use of cookies.
Accept & Close